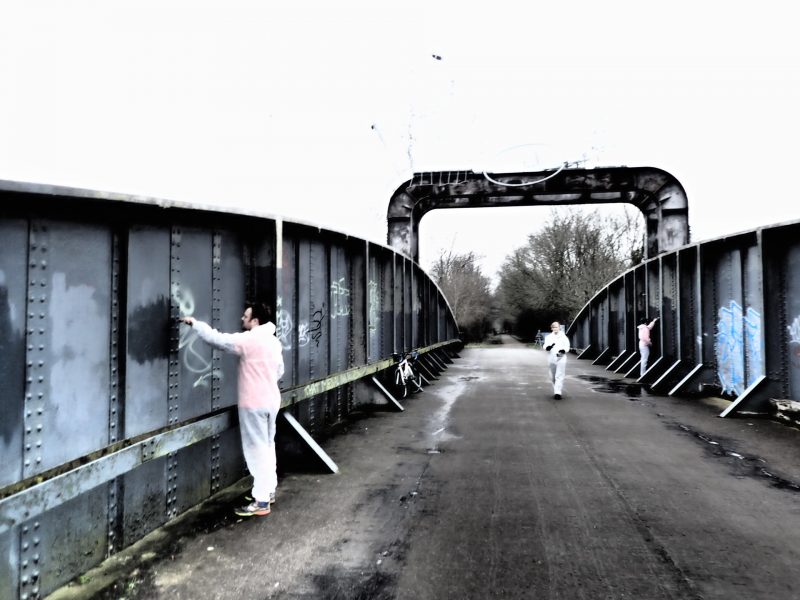 The bridge today 21st January 2018 – volunteers painting out graffiti. If you want to hear memories of the bridge during World War II, follow this link. 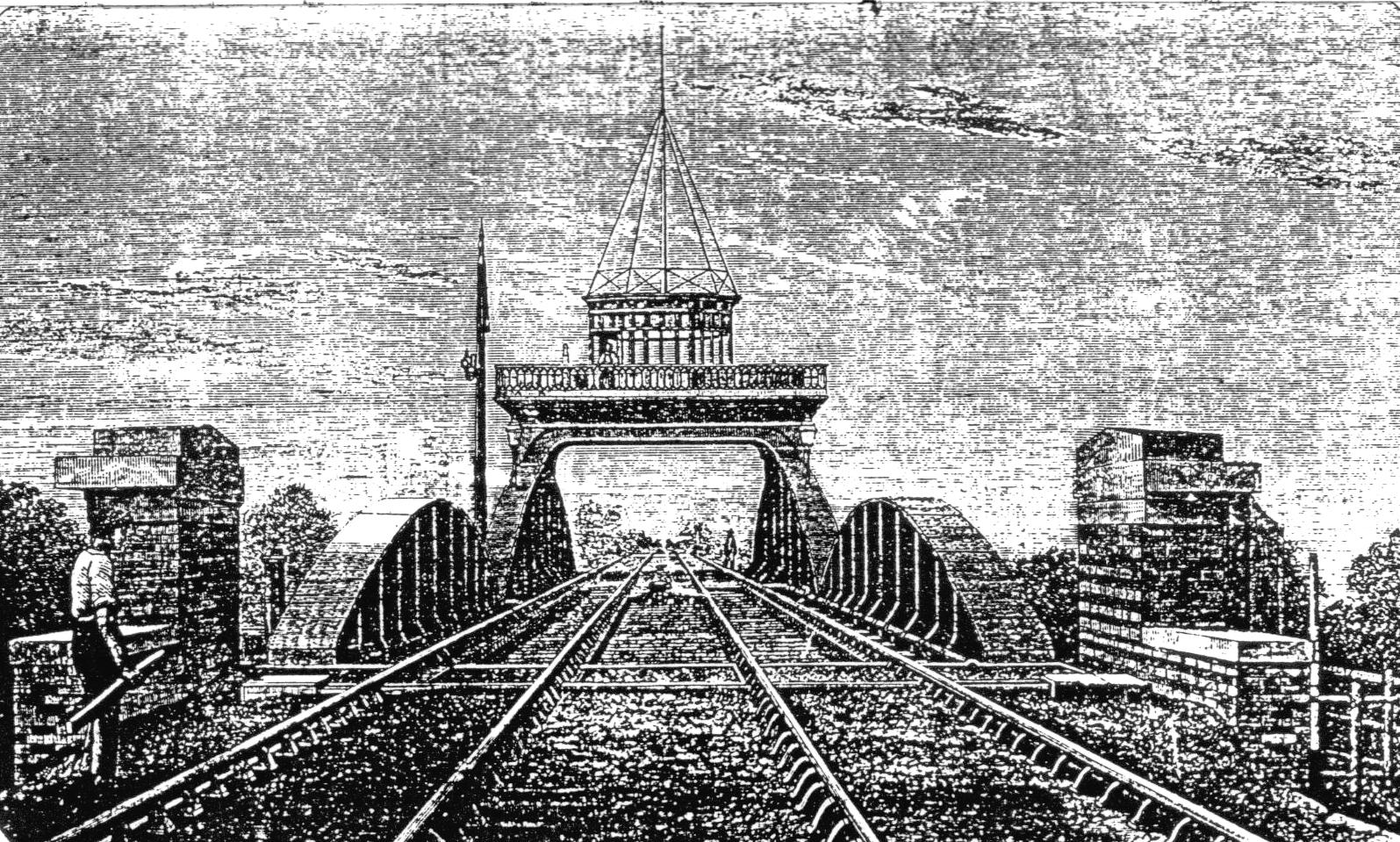 The Naburn Swing Bridge was built when the then North Eastern Railway (NER) wanted a faster route between London and Edinburgh. NER was in direct competition with the West Coast Mainline Companies to provide passengers with the fastest route from London to Edinburgh.

Originally the route between Doncaster and York went via Knottingley, until a more direct line was proposed that reduced the distance by three miles. Every mile ‘lost’ represented more than a minute gained and this was important.

The new route involved two crossings of the River Ouse: one at Selby and the second at Naburn. The river was navigable for commercial shipping such as sailing barges, and the railway was required by law to allow such trade to continue.

The railway’s chief civil engineer, Thomas Elliott Harrison, was the engineer responsible for the construction of the Naburn Bridge in 1870/1. 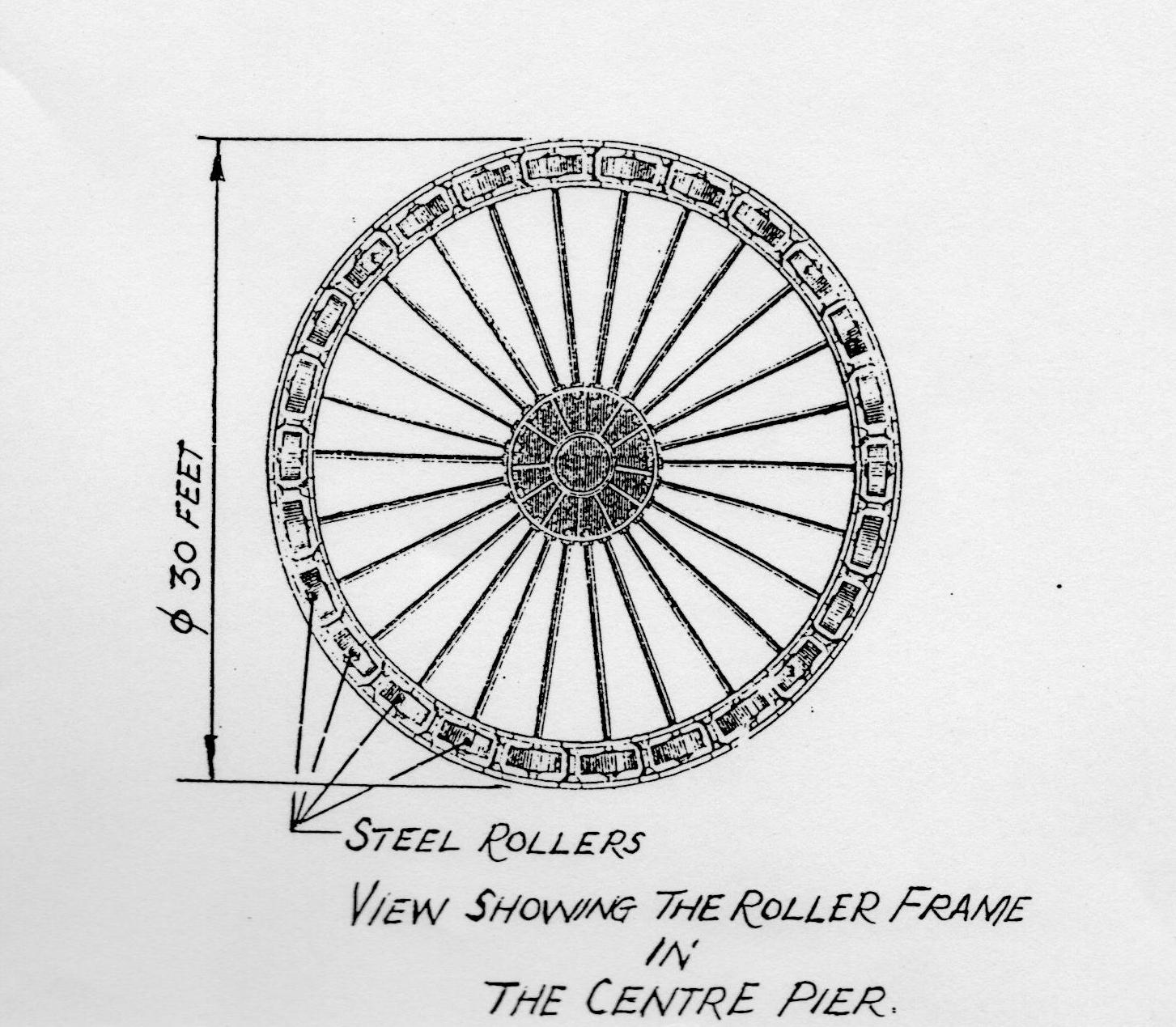 The rotating section of railway swing bridges need to rest securely at each end to provide stability for passing trains. There were two methods used to release the swing section to allow it to freely rotate. One was to lift the whole bridge clear of the ends, and the other was to use wedges at each end that could be withdrawn to allow free space for the bridge to rotate. Both the Selby and Naburn bridges used the wedge system.

In the early days, the swing bridge would remain open for river traffic and only closed to allow a train to pass. A manned control cabin on top of the bridge was used to operate the bridge. It is said that in very hot weather the steel swing section expanded and would jam the bridge shut. To prevent this, the operator in the control cabin would pour water over the metal arch to cool it down and reduce the expansion of the steelwork.

In the middle of the river the metal cast section between the two vertical bridge supports is broken and been repaired at some time. The damage was caused when the Evening Press barge broke loose from its tug sometime in the 1950’s. The barge was laden and collided with the bridge in a flood.

Boilers that powered the bridge were kept at full steam 24 hours per day until 1954 when it was clear that the swing bridge did not need to open and parliamentary authority was obtained to permanently fix the bridge. 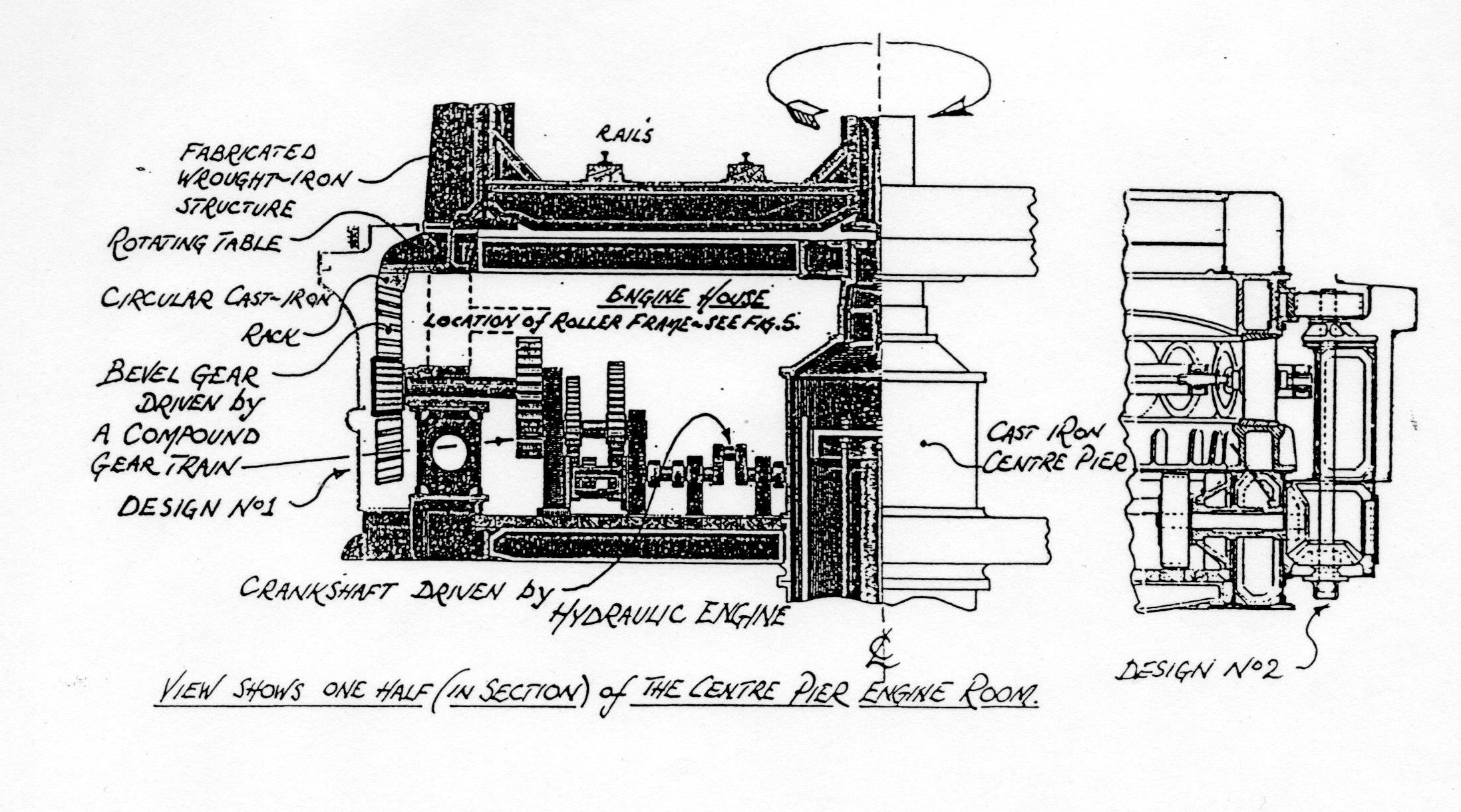