The proposed route of the East Coast Main Line diversion from Doncaster to York lay across farmland much of which was owned by Lord Wenlock of the Escrick Estate. His Lordship was invited to join the Board of the railway company and promised that , should he or his wife wish to go to London the express trains would stop for him. This privilege was not extended to ‘guests or servants’.

When Sustrans bought the path they sold the cutting to a developer on the understanding that once filled with builder’s rubble it would be landscaped and returned as a nature reserve. Thirty years on and this has yet to happen but in the meantime local volunteers maintain the 2-dimensional Maze created back in 1987 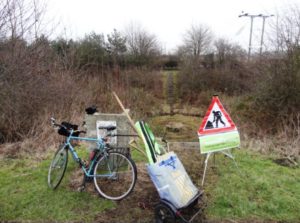 Ranger volunteers at the Maze in February 2015. 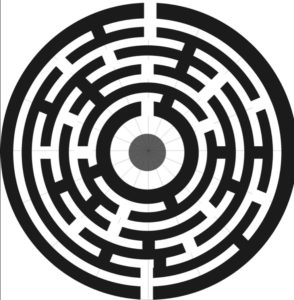 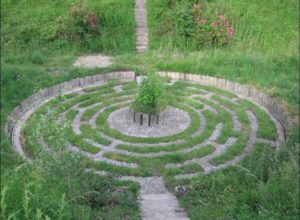 The Maze after its 2007 makeover, based on Pete Thompson’s plan. 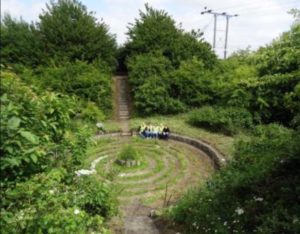 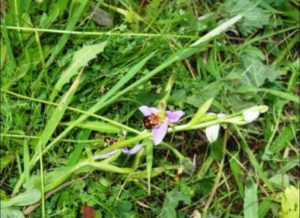 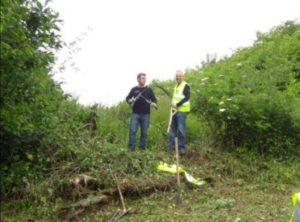 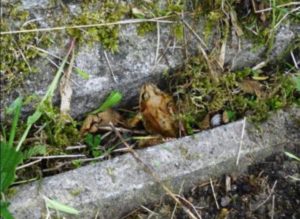 Network Rail volunteers working on making a footpath at the Maze from the car to the BMX track in June 2015. Creatures such as frogs, newts and bee orchids were discovered!