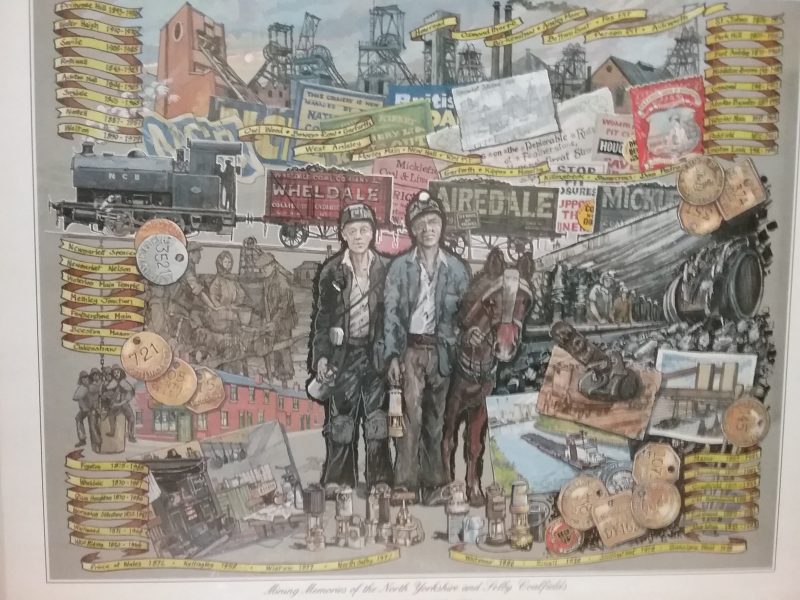 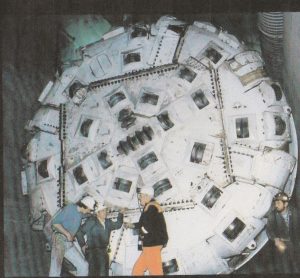 In 1983 the East Coast Main Line was diverted to allow the creation of a complex of mining operations between Selby and York.

With enormous untapped reserves of quality coal, the Selby ‘super-pit’ was a key element of the Labour government’s 1974 ‘Plan for Coal’. The largest deep coal mining project undertaken anywhere in the world, the complex comprised five producing mines – Wistow, Stillingfleet, Riccall, North Selby and Whitemoor –  which fed a central drift mine at Gascoine Wood, located next to the diverted East Coast Main Line.The North and South drifts were each capable of delivering 2,000 tonnes of coal to the surface. 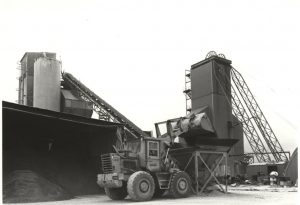 During the 1984/85 miners strike no coal was produced, but by 1992/93 the complex was fully operational, producing 10 million tonnes of coal. However with privatisation, cheap imports, technical issues and the overall reduction in demand for coal for energy generation, production fell year on year. The complex, employing 1,900 men, closed in 2004.

“In its short productive life of 21 years the Selby Complex broke many national and international records. In the 1980s productivity was 5 times the national average. In excess of 400 coal faces were worked and 121 million tonnes of coal was mined from 460 miles of underground roadways.”

Our website includes archive material  from a variety of sources, including the NCMME the National Coal Mining Museum at the old Caphouse colliery near Wakefield.

We have also recorded a number of original interviews with retired miners who worked at the pit. These interviews include a wealth of detail that bring the history of mining in Yorkshire into sharp focus

Coalfield in the archive

View all archive items in Coalfield

View all blog posts for Coalfield