Restorations on the Riccall path.

Supplies to help volunteers do their best work! 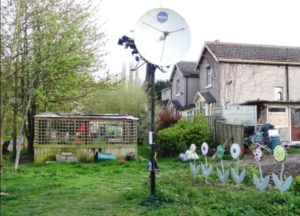 Flower border at Naburn Station in May 2015.

“After” photo of path cleanup.

Painting a star guide at the A64 underpass to help guide those passing through. 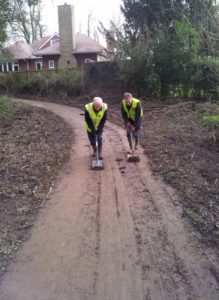 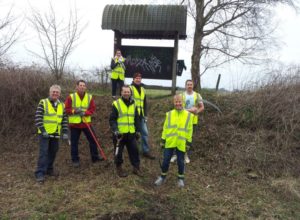 Portakabin volunteers along the Solar System Greenway at Naburn.

Installation of a rabbit-proof fence. 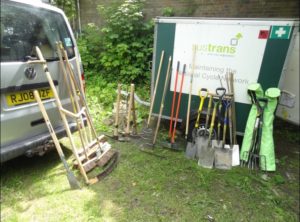 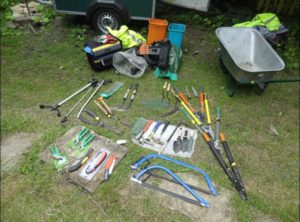 Tools waiting to be put to use by volunteers.

“First Saturday” with York Rangers to paint and remove Himalayan Balsam in July 2016.

Saturday volunteering, clearing graffiti around Moor Lane on the pathway and planting bulbs.

CYC Environment and Community officers volunteering in December 2016. Volunteers collected bags of garbage and recycling near the Askham Bar Park and Ride along the Greenway.

Culling saplings along the Greenway between Bishopthorpe and Askham Bar Park and Ride in January 2017.

Before and after photos of volunteers making space for wildflowers along the pathway near Mars in January 2017.

Volunteers planting over 60 wildflowers by Howden Lane in March 2017.

Scything at the Route 66 Community Garden.

Good Gym volunteers helping with planting at the mound in April 2017.

Volunteers planted wildflowers and cleared the path along A64. 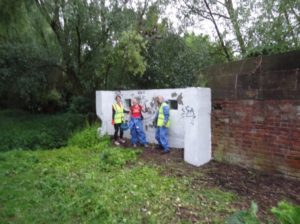 Good Gym volunteers promoting biodiversity and prepping “pill-boxes” in May 2017.

Scything along Moor Lane with Good Gym and St. Nicks.

Two new wildflower plots near Mars on the Solar System Greenway in May 2018. 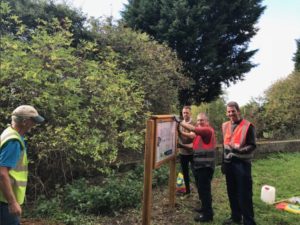 Bike Belles volunteers collaborating with Cycle Without Age in October 2018.